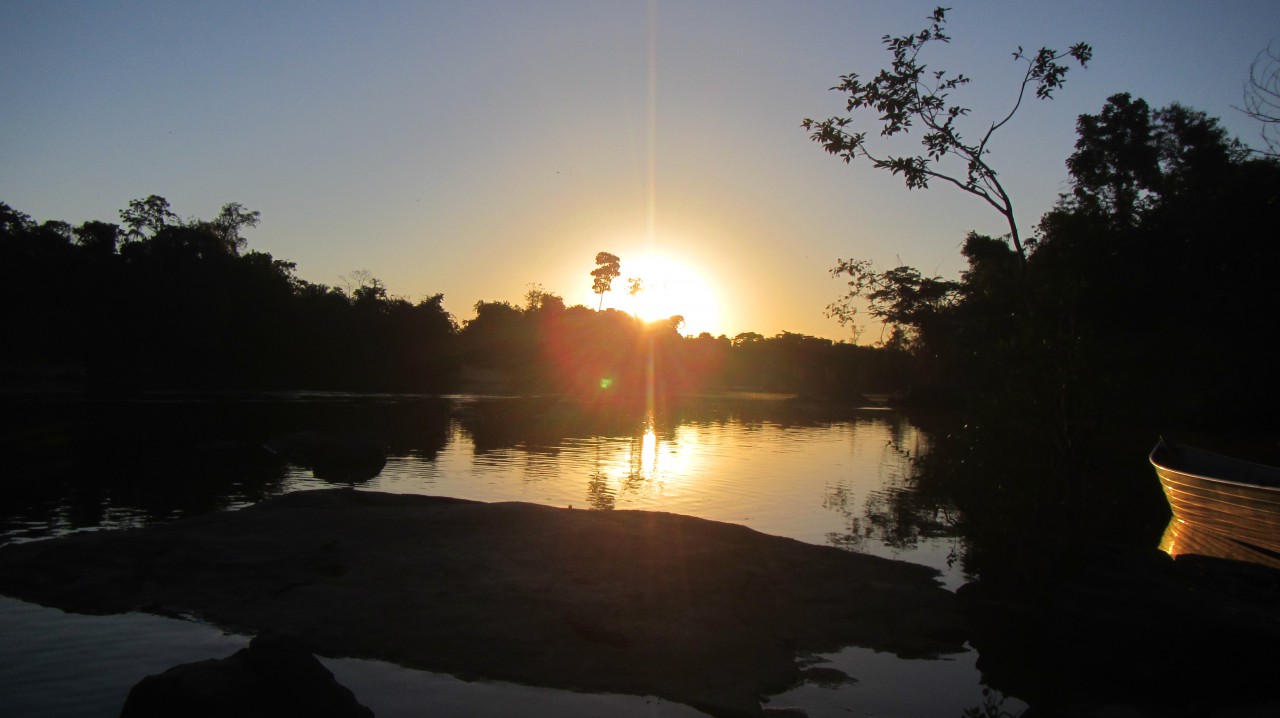 Today I finally ate a grub. For those of you who have never had missionary aspirations, and may not know the significance of that statement, please understand that this was a personal rite of passage, a long-awaited milestone, a career checkpoint. Friends and countrymen, I have arrived.

Disclaimer: Please note that many, many missionaries work on foreign fields for years without ever letting grubs or insects or monkey meat cross their lips. In many countries and people groups, such things are not eaten. So if God calls you to be a missionary, it doesn’t necessarily mean that you will have to eat things that make you say, “eww.” But God created a few special people, myself included. We are the ones whose adventurous side manifests itself on random and odd occasions. Instead of awakening feelings of disgust and an upset stomach, the idea of snacking on grubs stirs up a sensation of curiosity and anticipation. New culinary and cultural experiences supersede whatever mental or digestive obstacles might have existed in our former way of life. Who cares if it is literal “grub” – bring it on!

To be completely honest, the only major personal disappointment in Brazilian culture was that the most “exotic” common food items were chicken feet and pigeon eggs. Which were definite novelties, but not really all that exciting. Everyone knows that real missionaries eat grubs. Or monkey brains, or something that makes everyone back home say, “Gross!” Don’t worry, getting a reaction from all of you is not the reason I am here. Nevertheless, it is one of the perks of this life. I have to find amusement somewhere, after all, since my nephews and nieces are far far away, and my former hobbies of piano, sewing, and ice skating are not possible.

So how did I manage such a yummy morning snack? In an outdoor kitchen, I was spending time with the chief’s wife, one of my many teachers, using natural opportunities to ask “What is this called?” and taking photos of the objects, to learn new words.

Some of these objects were obviously from plants, and seemed like they might be fruits. So when I pointed to one and asked if it was for eating, the chief’s wife laughed and said no. From the way she drew on her arm with her finger, it seems that they use “wesuat” for body painting. 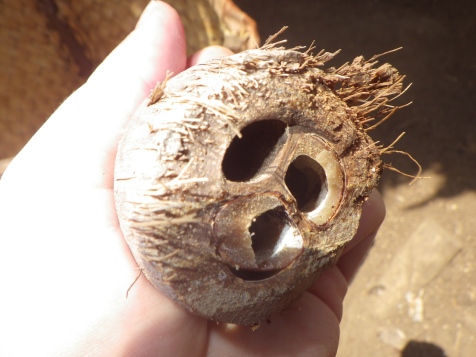 But another “fruit” (pictured above) was for eating. Imagine my surprise when she hacked the end off with a knife and four large white grubs squirmed out into the sunshine for the first time in their wriggly little lives. I didn’t have a specific expectation of what would be inside, but I sure was not anticipating grubs. It turns out that the object was actually the fruit from a nut tree (Brasil nut, I think). After a certain amount of time, if the nuts are not harvested, apparently these grubs grow inside the fruit, one in each “nut-shell,” feeding off the nut until there is no more nut, and just a large grub. 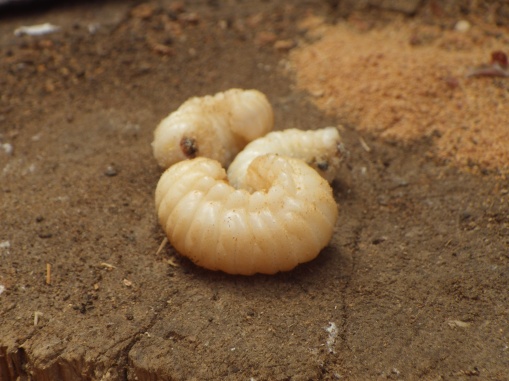 The chief’s grandson, a cute and mischievous 4-year-old, became super-excited when he saw the little grubbies. He picked them up, started carrying them around as tenderly as a small boy can, dropping them in the dirt a couple times, then picking them up and squishing them a bit more. Finally his grandmother confiscated the grubs, skewered them, and placed them over the cooking fire.
There I sat, watching these “jungle marshmallows” roast on the teeny tiny skewer, wondering if they would be offered to me. I sure hoped so, because I don’t know if it is polite to ask for food in the Neno culture. Besides, I haven’t learned any phrases to do so.

The doting grandmother handed the little skewer to her grandson, who seemed just as thrilled as most North American 4-year-olds would be if handed a skewer full of real marshmallows. The boy’s mother asked if I wanted to try one. Did I ever! I said yes, but expressed my hesitation at taking one of the treats from the little guy, who obviously was ready to chow down. But his mom told him to give me one, so the game was on. The comment made by the little boy’s dad was, “You won’t be able to eat that!” to which I replied, “I sure will!”

It wasn’t even gross or yucky, as I had formerly thought grubs would be. It was nicely toasted, and tasted exactly like a Brasil nut. Which makes a lot of sense, considering where it lived and what it ate. Probably pure fat and protein.
Did I mention it was delicious? Like, I seriously wanted to eat the other three grubs right off the skewer. But since I love four-year-olds, I would obviously not rob him of his entire treat. I think I need a language and culture lesson in polite hint-dropping so I can make sure everyone in the village knows that I would like more roasted grubs sometime very soon.

4 thoughts on “The Grubs We Love: Neno Marshmallows”